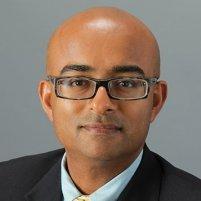 Dr. Gowda and the team at Texas Sleep Medicine provide diagnoses and treatment for patients from in and around Austin, Texas, who suffer from sleep apnea.

What is Sleep Apnea?

Sleep apnea is a common condition that is characterized by the repetitive obstruction of airflow into your lungs during sleep, causing repeated pauses in breathing and resulting in negative health risks if left untreated. It is estimated over 18 million Americans suffer from this condition. For those affected, their airway to the lungs is most commonly blocked at the throat level of the soft palate. However, it is possible that obstructions appear in different levels of the throat.

What Are the Signs & Symptoms of Sleep Apnea?

Snoring is the most common symptom in patients. Those affected can stop breathing throughout the night, severely disturbing their sleep. The brain will continuously wake the individual to resume a normal breathing pattern, causing them to become more fatigued and tired throughout the day than others. Some common symptoms include:

During sleep, the tongue, excess throat tissue, or relaxed throat muscles can block the airway to the lungs. As breathing reduces or stops, the body begins struggling for air and the oxygen level in the blood drops. The brain will wake the affected individual to resume the normal breathing for four or five breaths until the oxygen level rises and the individual then falls back to sleep. This repetitive process can continue throughout the night, resulting in negative health risks including:

How Do You Diagnose Sleep Apnea?

Diagnosing any disorder involves a sleep study overseen by a board certified sleep doctor completed in one of our state of the art sleep labs or from a take home sleep test. Before your study, sensors will be applied to your body for us to monitor various bodily parameters such as your brain waves, eye movements, oxygen levels, heart rate, and breathing patterns. Following the study, your doctor will interpret the data to make an accurate diagnosis.

What Treatments Are Available for Sleep Apnea?

We accept plans from the following providers, please contact our office to determine whether your specific plan is accepted. This list may be subject to change.

Words from our patients